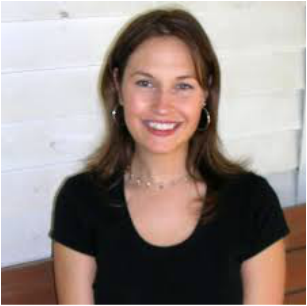 I grew up in rural Ohio. I was always very interested in science and medicine. My mom was diagnosed with multiple sclerosis when I was in kindergarten, so I was in a lot of hospitals for her appointments and thought I’d have some kind of a medical career. Even when I went off to college, I’d never really met a scientist, so I didn’t know how exactly one ended up as one or what training you needed, so I wasn’t thinking of that as a career at all. When I started college at Yale, I began volunteering in the hospital, and decided pretty quickly that really wasn’t for me. I had an interest in infectious diseases (this was the era of The Hot Zone and The Coming Plague), and worked in two different laboratories during my undergrad years—one working with viruses and the other with bacteria. I also was able to take graduate courses in public health and epidemiology, which cemented my interest in those areas. After undergraduate, I went on to get a PhD in microbiology, then post-doctoral training in infectious disease epidemiology. I’ve been a professor since late 2004.

I’m a scientist and a professor, so I wear several different hats. Right now, most of what I do involves teaching and writing, both scientific manuscripts for other scientists, and popular press pieces for people who are interested in science. I also run a lab and have several employees and students I mentor, working on various scientific research projects. During the summer when I don’t teach, I’m busy finishing up research projects and drafting extra papers, and prepping for classes for the next academic year.


3. How does STEM relate to your job?How do you use the information you learned from your degree in your job?

STEM is my job. I do research and teach about infectious diseases—how they spread, how they evolve, how they jump species. Much of my background comes from my formal training, but also from just being broadly read in scientific topics.

I think most women in STEM have stories they could share. Mine are luckily fairly minor compared to others. People have assumed I’m a secretary or a student rather than a professor; they’ve told me I’m “too young” or “too pretty” to be a scientist; they’ve doubted my competence.  I think it’s something that women just need to be aware of. I’ve tried to advocate for younger scientists, especially women, and to lend an ear when they feel like they’re being ignored. I think everyone in the field, regardless of gender, needs to take a hard look at sexism in the field, whether it’s clear and egregious like recent scandals in Astronomy, or more subtle—men speaking over their women colleagues, nominating them at a lesser frequency for awards or promotions, etc.

The paperwork and bureaucracy are the worst part, by far. Documentation of training, submitting proposals to carry out work with human subjects, etc.—all very necessary and critical to make sure our work is done both safely and ethically, but a drain of time and resources. Grants are difficult too. I love putting forward ideas, but in this climate where only 8-10% of grants are funded, getting rejected is disheartening. I look forward to teaching and reaching students with new ideas, and meeting with students in my lab and hearing about their new results and findings.

I wish their was a secret. I feel like I’m always being pulled in a dozen different directions. When my older kids were about 7-12 and in a good routine, I’d work in the office after I dropped them off at school (around 8am), and then pick them up at 3:30pm. We’d do dinner and homework and play time, and then they’d go to bed around 9; I’d stay up and get in a “second shift” of work until around 1am—I’m a night owl at heart. But now I have a toddler added to the mix, and he wakes up by around 5:45-6am, so staying up late doesn’t work anymore. I just try to maximize my productivity during the day (I’m usually in the office from about 7-4) and put on my calendar everything I need to do that day, so even if I have just a few minutes I can get started on something.

I think it’s the freedom to keep setting and attaining new goals.

I think being self-motivated is critically important. If you’re only answering to others, or doing what they tell you but aren’t really “all in,” it seems to me like you’re just killing time.

I’ve had many, from elementary to middle school to high school teachers, to professors and beyond. I think the early ones really gave me confidence that I had an aptitude for some of the things I’m doing now, *especially* as a girl for whom society says science and math are supposed to be “scary.” In the last decade, I’ve also leaned on mentors online—mainly scientists a few years farther advanced than I am, who have great words of wisdom and write on blogs or elsewhere.

I think the best advice I’ve received is to feel OK saying “no” to things. As I mentioned above, I think women are often perceived as less competent than our male peers (and studies have borne this out), so often we feel we have to do more just to catch up with our male colleagues. Being able to say “no” is liberating. I’d also tell my younger self to stop caring what others think of you—it’s stifling and takes up too much emotional energy.
Powered by